Uber CEO stands down amid claims the company is collapsing 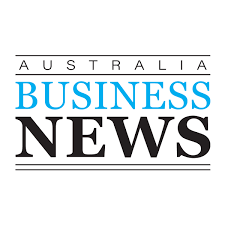 The Chief Executive Officer of transportation giant Uber has given up his post this week. In an office email sent on Tuesday afternoon, Travis Kalanick said that “he would take an ‘unspecified’ leave of absence from the company” and conceded that he needed to improve his leadership skills. The CEO has been dogged by accusations of inadequate leadership throughout his role, with reports that the company is poisoned by “poor behaviour”.

This is the latest of several recent upsets for Uber, which has faced numerous allegations of internal sexual harassment, bullying, and retaliation against those who make complaints. The sexual harassment claims were made public by former Uber engineer Susan Fowler, who highlighted the often-misogynistic undercurrent of the ride-sharing service at the time. Fowler’s reports were well supported by the actions of the CEO, who called the prominent platform “Boob-er” in an interview, while describing how Uber had helped him gain the attention of women.

The company’s failure to reveal safety issues with its service led to a $10 million dollar lawsuit, and has recently become evident in Australia with the sentencing of Uber driver, who earned six years in jail for raping a passenger in 2015.

Fowler’s report reported that the values upheld by the company needed serious revision, including “meritocracy”, “toe-stepping” and “principled confrontation”. Her report sparked a review of the company’s culture and practices over the last few months, as well as the firing of approximately twenty employees for inappropriate behaviour. The company has also lost nine executives in the past four months. Eric Holder, the former US Attorney General in charge of the investigation, has stated that Kalanick’s return from his unspecified leave would prompt a review and relocation of his position within in the company.

However, an industry expert warns that the Uber CEO doesn’t get too comfortable in the company. Speaking at a financial conference in Sydney, Magellan Financial Group chief executive Hamish Douglass asserted that the ride-sharing giant has a 99% chance of collapsing in on itself.

The veteran investor labelled the company as “one of the stupidest businesses in history”.

“The probability of this business not going bankrupt in a decade is like 1%,” Mr Douglass said. He described the company’s high-cost, owner-driver model as almost “valueless”.

The value of shares in the ride-share giant have slipped drastically in the last few months, as the company’s scandals have rocked consumer confidence in the company.