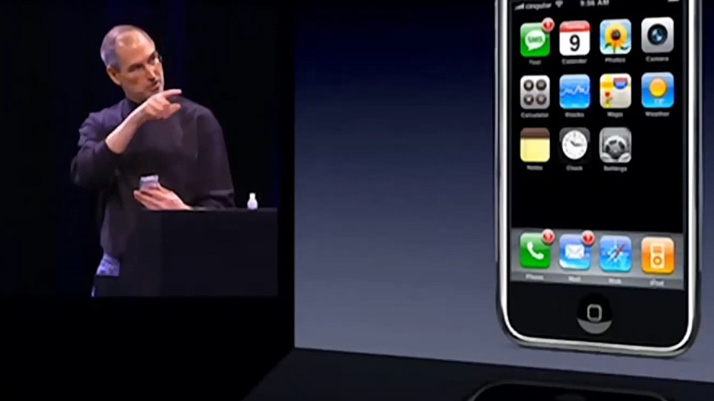 How the world has changed

When Steve Jobs introduced the Apple iPhone in 2007 the device did not provide any support for third-party software.

The general view held at the time (and one shared by Steve Jobs) was that web apps served over the internet could provide adequate functionality.

The following year, with the release of iPhone OS 2.0, Apple launched the App Store and officially introduced third-party app development and distribution to the platform.

A month after it opened, Steve Jobs stated in an interview with The Wall Street Journal:

“We didn’t expect it to be this big. The mobile industry’s never seen anything like this. To be honest, neither has the computer industry. Maybe it’ll be a billion dollar marketplace at some point in time. This doesn’t happen very often. A whole new billion dollar market opens up. 360 million in the first 30 days, I’ve never seen anything like this in my career for software.

I would not trust any of our predictions because reality has so far exceeded them by such a great degree that we’ve been reduced to spectators just like you, watching this amazing phenomenon and just doing our best to try to help everybody get their apps done and get them on the store.

We have over 1500 applications on the App Store today. We thought that the input would start to slow down from developers, but it’s accelerating,”

The rate of app downloads far outstripped the rate of song downloads during the early years of iTunes — a fact that really surprised Apple.

Jobs said that he didn’t expect the App Store would be a big profit generator, with Apple instead launching it as an added value service for the iPhone. Jobs was wrong, though, and Apple’s services category is now the size of a Fortune 100 company, largely on the strength of the App Store revenue alone. In Q2 2018, for example, services brought in $9.19 billion and the App Store set an all-time revenue record.

While Jobs was surprised by the success of the App Store, it didn’t stop him from declaring that the “phone of the future will be differentiated by software,” a prediction that has largely come true. Today, many high-end smartphones share similar features and designs, with software – iOS and Android – as one of the main factors that people take into consideration when choosing a device.

The app store economy is now estimated to have a market capitalisation in excess of 250 billion USD split across a number of competitors including Google Play, iTunes, Amazon, Sony Play Station, Samsung and many more.

An app store or app marketplace is a type of digital distribution platform for mobile and desktop software applications “apps”.

Apps are usually run in specific devices and written for a specific operating system. Considering Android and Apple’s iOS are the two leading operating system for mobiles, it is no surprise that the two largest global platforms for app distribution are the Apple App Store (iTunes) and Google Play, the official app store for the Android operating system. Between the two apps stores, over 50 billion apps were downloaded in the first half of 2018 alone.

Although about 70 percent of the apps available on Google Play Store are free, Google’s digital content and app platform generates billions of dollars in revenue each year from sales of apps, games and in-game purchases.

Apple’s App Store is the second largest app store. As of the second quarter of 2018, the store had 2 million mobile apps available for download, up from 800 thousand in January 2013. Apple had one million native apps designed for the iPad on its App Store as of March 2016.

In June 2017, Apple announced that 180 billion apps had been downloaded from its App Store.

Other prominent app stores include Amazon, Microsoft, Samsung, Sony, to name just a few. The Amazon app store, available for both Android and BlackBerry 10 operating system, was launched in 2011 and has been constantly growing since. The number of available apps in the Amazon app store increased from just fewer than four thousand in March 2011 to 432,900 in the second quarter of 2018.

Mobile is the key to millennial loyalty

Millennials have gone from fiery upstarts to the focal point of our economy and now make up the largest population cohort the U.S. has ever seen, they hold $200 billion in spending power, and it’s estimated that millennials could soon generate GDP growth of 3% or more – at least a percentage point higher than the current levels.

According to Nielsen research – When looking at smartphone owners by age, penetration is highest among Millennials aged 18-24, 98% of whom own smartphones. Millennials aged 25-34 are right on their heels, with a 97% ownership rate, followed by Gen Xers aged 35-44 at 96%, making smartphones nearly ubiquitous among these generational segments.

Compared to older age groups, millennials are much more interested in discovering new apps, paying for apps, and making in-app payments — about 20% download an average of one paid app per month and more than 20% of millennials said they deleted an app in the past year because of how it looked on their home screen.

According to eMarketer, 90% of U.S. millennial smartphone users have their phones within arm’s reach 24/7.

This makes it clear that mobile = priority #1 to communicate with the economy’s most lucrative demographic.

Until now, app development has been limited to large enterprises, government and recently, medium businesses however with increasing consumer demand for app based ordering, shop owners are now becoming aware that they need to join the revolution or risk being left out as their customers migrate to easier ways of conducting business.

Until now the only options available to shop owners wanting an app based presence were:

The existing e-commerce platforms offer a quick and easy way to establish an online presence however they do not solve the problem that shop owners face when looking to build their own branded app.

YOBA (Your Own Business App) enables small and medium business to obtain a true native iOS and Android app tailored to their business, quickly and cost effectively putting the power back in their hands.