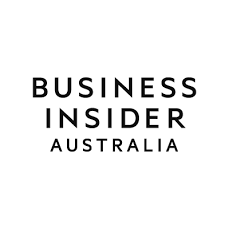 US food delivery outfit DoorDash landed in Australia early last month, knuckling into a Melbourne market already packed to the brim with players like Uber Eats, Deliveroo, and Menulog.

But DoorDash’s entry – and the tactics it uses to move into new markets – is not without its detractors. In The Sydney Morning Herald and The Age on Tuesday, multiple restaurants in Melbourne criticised the company for signing them up for delivery services without first consulting them.

“We were hounded for months to sign up but never agreed to it,” Luke Lucas, co-owner of Foddies Cafe in Camberwell, told the SMH and The Age. “We don’t use delivery services as it is and aren’t interested in starting with new or existing ones.”

It’s part of a strategy which has made DoorDash the biggest food delivery service in the United States by number of restaurants, with a reported 300,000 businesses on the books.

How does it work?

Here’s the simple answer: As a restaurant owner, you don’t need to actually have signed a contract with DoorDash for the company to deliver your food.

So-called ‘unaffiliated’ restaurants are still available on the app, with the drivers – or ‘Dashers’, in the DoorDash parlance – basically acting as couriers to order and then deliver the food to you. A spokesperson for DoorDash told Business Insider Australia that its couriers are loaded up with a card they can use to pay unaffiliated restaurants for orders “like any other customer would.

The spokesperson told Business Insider Australia the company informs restaurants ahead of time they will be available for the courier service.

“To serve this purpose, we will offer to act as a courier platform for customers to restaurants in their neighbourhood. This listing is at no cost to the restaurant, as Dashers on our platform have a card that they use to pay for these orders like any other customer would.

“Should a restaurant not want to be included in this service, we will remove them from our listings immediately upon being notified, and work closely with the owners for their business needs.

“And for those restaurants who want a more formal partnership with us, they can take advantage of our product suite, marketing and analytics tools to reach more customers where they are.”

It should be noted DoorDash’s language is a little slippery here. They say they “offer to act as a courier platform” at no cost, but it’s very much an opt-out service. Unless you explicitly tell DoorDash you don’t want them to deliver your food, they’ll do it.

The full takeaway menus for unaffiliated restaurants is available via the DoorDash website, collated from publicly available menu information. Business Insider Australia could not confirm with DoorDash whether this info is manually captured and entered, or scraped automatically using software.

DoorDash told Business Insider Australia it does not apply markup to the price of menu items for unaffiliated restaurants. However, any delivery costs and rider tips are passed on to the customer, which is where DoorDash makes its money.

In the event there is an issue with an order from an unaffiliated restaurant (like wrong items or cold food), DoorDash provides systems within the app to seek resolution, much as it does with its partner restaurants.

It’s not without controversy

DoorDash has utilised this modus operandi since its launch in 2013, and it has raised controversy at every turn. While it has aided the company’s rapid expansion, it has grated with some restaurant owners.

In 2018, DoorDash was sued by a burger restaurant in Chicago, Burger Antics, for trademark infringement, alleging the company used its logo and sold its food without permission.

The Chicago Tribune reported owners of Burger Antics only found out they were listed on DoorDash when customers began to call and complain about cold food and late deliveries.

A DoorDash spokesperson told Business Insider Australia businesses are always contacted and consulted prior to their listing on the platform, and said that restaurants can easily opt out of the courier service if they so desire.

But it does create delivery opportunities outside of the inner cities

Though there are indeed restaurants who take great exception to the way DoorDash runs the show, there’s one obvious benefit for consumers: more delivery options in generally under-serviced areas.

While Uber Eats and Deliveroo dominate the Aussie food delivery scene, much of their service range is concentrated in cities and inner-suburban areas. Thomas Stephens, general manager of DoorDash in Australia, told the Sydney Morning Herald and The Age the company’s plan is to claim the areas which haven’t been as thoroughly swept up by the existing players.

“The part that’s under-served is the suburbs,” he said, “and that’s where we’ve worked to really push quickly, to get out there where we’re really not having to compete as much to just give a great product.”

It’s a strategy which has obviously paid huge dividends in the US – it’ll be interesting to see whether it will work as well in the Melbourne market and beyond.

That is, as long as the restaurants stay onside.